CasinoSolutionPro.com was very lucky to catch some time with Mr. Woods of Atlantic Casino Consultants, and to get his opinions of the current state of Gaming in Ireland.

We are all aware of just how dramatically things can, and have, changed over the last year here in the Western Democracies, and these shifting currents continue.

We kindly thank JJ for his insightful comments, and would like to remind our readers that CasinoSolutionPro is merely the ‘messenger’, Mr. Woods comments and opinions are his own, so no shooting back guys!

CSP: Once again JJ, many thanks for you time today, so without delay I’ll proceed:

Q: Your knowledge of the Irish casino and gaming industry is second to none. Over the last ten years what have been to greatest developments in your view?

A: That is easy and the answer is, that there is none, as the Irish Government, incredibly, have been researching the Gaming Legislation for those 10 years and the only thing that has resulted in that was the “Gambling Control Bill’’ published after nearly 7 years research in 2013.

Q: Following on from the ‘Greatest hits’, what has been the biggest failures and frustrations?

A:  The biggest problems, and frustrations if you like, is that the Justice Department past and present, have no real will to roll out a proper regulated gaming legislation and in my opinion do not understand the entire scope of the Gaming Industry to do so in any case. However there are rumblings that an official statement on the issue is on the horizon, and some reports, stating that there will be progress on the issue in the coming months.

Q: For a country which has had casinos, legal or otherwise, for over ten years now and noting that Ireland certainly has some good properties and some very flamboyant characters. Where do you think the market is going in the future?

A: The problem is that the present Casinos are not in what I would call good properties. In fact we do not have a Casino / Hotel in the entire country, and most Casinos are certainly not up to International standard. In that they are not Plush or Luxurious. You certainly will not find any “Palace Like“ Casinos.  I guess the reason for this is because the Gaming legislation dates back to 1956 !! and investors / owners are careful not to invest heavily on their properties, in case all is to change with the possibility of New Gaming Legislation.

Q: The recent “rumblings”, as you described them earlier, in Government offices could unlock the future of the Gambling Industry in Ireland, what do you see happening next?

A:  As a rule Ireland is one of those countries that you do not try to second guess, however, I do believe that 2017 could bring about some changes, but I am careful not to suggest progress as this can sometime be interpreted as betterment or improvement.  Most Governments get it wrong when they introduce a new gaming legislation, and then it is corrected over the years afterwards.  I cannot see Ireland being any different. That said, I do not accept that it is a complicated issue, as has been proven by many countries in the past, including Cyprus which took all of 12 months to roll-out their legislation.

Q: What New Trends in Gambling do you think will effect the industry locally?

A:  The obvious one is a new gaming legislation which will give confidence to the market and the investors.  After this happens the current type of Casino design will improve, and visually they will become more appealing.  They will also achieve the “experience factor” or “WOW” factor, which in my opinion they are bereft of at the moment.  The new Casinos will have excellent restaurants and dining facilities and also be attached to highly rated hotels etc.  To sum up, the whole visit to the Casino will become an experience, a social engagement, a great night out !

Q: Last year the ‘PentHouse Card Club’ closed down after struggling for some time, do you think there’s a future for this facility, a second chance?

A: This particular Casino opened when Ireland’s economy was at it’s worst. So I guess the timing was dreadful, however it does not help your situation if you do not have operator experience in Europe, I have worked in many different countries and I believe they are mostly different when it comes to Operating Casinos and to assume that you can be successful in one country because you already experienced success in another is nothing short of foolhardiness.

It is my understanding that a new operator will re-open there, and my advice to them is to seek the services of a local gaming consultant because this is what we did when we went to new territories to open gaming facilities.

Q: Do you think On-Line Gaming can develop as it has in other EU countries here?

A: As Ireland is one of the last countries to enter the marketplace I think it will be difficult to compete. Ireland had many chances over the last decade to enter this part of the gaming industry and could have become an “online hub”, but as I explained above, there never was a willingness in government to go forward and also no understanding of the Industry.  For the Online Gaming  to be successful and develop in Ireland, then we would need to use the usual tactics to attract those companies here and that is reducing taxes from what seems to be a European norm of approx.15%.

This has been a very direct and incisive interview. Once more we thank you for your time, and I’m sure we’ll be hearing more from the Irish Market soon. I suspect that in February you’ll be busy at the ICE show in London, and I hope to catch up again there

JJ Woods Director of Operations founded and set up Atlantic Casino Consultants which consults Worldwide, He is also an expert on Irish Market and the impending Casino Legislation.  He was born in Ireland but left in the Seventies to live in London and for a career in Banking that lasted nearly four years after which he joined the Casino Industry in London where he trained and has over the last 30 years been involved in the setting up, design, management, and opening of Casinos around the world.

JJ is also an Author on Gaming and has written for several magazines, spoken at gaming conferences and has appeared on TV and Radio discussing Gaming issues and can be contacted through the website… www.atlanticcasinoconsultants.com or via email: [email protected] 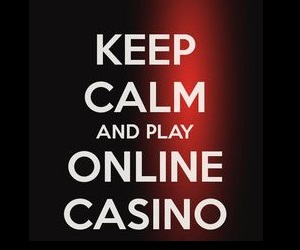